ConocoPhillips Has Bought Back 29.4 Million Shares So Far in 2017. Should Investors Be Happy?

However, a few months later the company supercharged that plan after announcing the sale of several oil and gas assets in Canada to Cenovus Energy (NYSE:CVE) in a $13.3 billion deal. That put the company on pace to sell $16 billion in assets by the end of this year, which gave it the cash to double its buyback to $6 billion, half of which it plans to use by year-end. It has already started repurchasing stock, spending $1 billion through the end of the second quarter. Given the meaningful impact this repurchase is already having on the company's per-share metrics, and the likelihood of an even greater benefit down the road, it's a move that should have investors smiling. 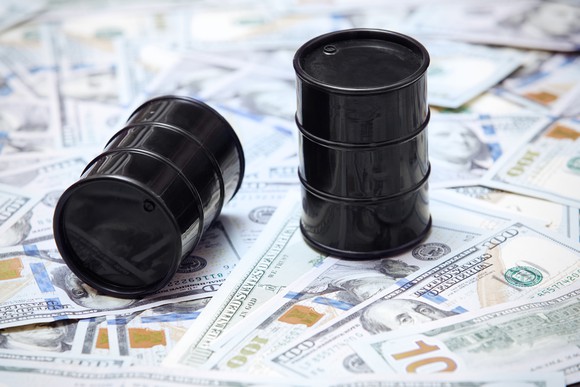 Drilling down into the buyback

ConocoPhillips ended last year with about 1.25 billion shares outstanding. However, the $1 billion in repurchases it made since closing the Cenovus Energy transaction had reduced shares outstanding to 1.22 billion by the end of the quarter. That's a meaningful dent in its share count, representing roughly 2% of the total.

That said, there are more repurchases on the way considering that the company intends to spend $3 billion this year to retire shares. Given where its stock price is right now, which is actually below where it was when it announced its accelerated plan last fall, the company could reduce its share count another 4% by year-end.

That reduction in shares outstanding will do two important things for investors. First, it will boost earnings per share. For example, last quarter the company earned an adjusted profit of $178 million, or $0.14 per share, which was off its average share count for the quarter. However, per share earnings would have been a penny higher based upon the ending share count. Likewise, if the company continues reducing outstanding shares, it could further boost per share earnings even if the absolute number remains flat.

Second, the reduction in the share count enables the company to grow production at a faster rate when measuring it on a per-share basis. To put the impact into perspective, ConocoPhillips noted last quarter that it anticipates that production from its retained assets should rise 3% this year. However, the company pointed out that when factoring in the lower share count, per share growth would be 8%, assuming it repurchases the other $2 billion in shares at around the current stock price. 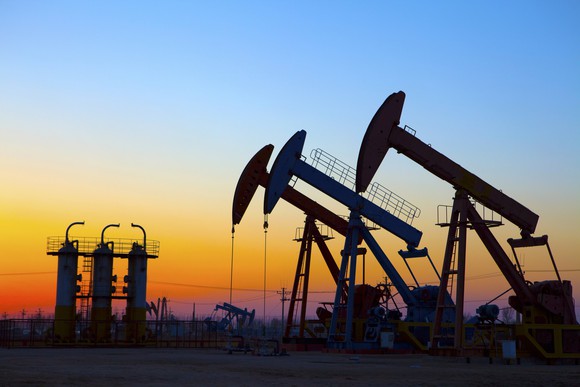 A new way to measure growth

That growth on a per-share basis is important to note because that's the metric ConocoPhillips plans to use to measure its performance going forward. That's because one part of its capital allocation strategy is to spend a portion of its growing stream of free cash flow on share repurchases each year instead of plowing it all back into new wells. This investment should generate a higher growth rate on a per share basis than if the company spent it on lower return oil projects. In the near-term, the company anticipates spending $2 billion more this year and $1.5 billion in both 2018 and 2019 on its shares. Given the company's current market cap of slightly more than $50 billion, these repurchases could retire about 10% of the company's outstanding shares if it completed the entire buyback at today's stock price. That has the potential to boost output per share by that same rate even if it held absolute production flat.

In many regards, ConocoPhillips is taking a page out of ExxonMobil's (NYSE:XOM) playbook. According to a Wall Street Journal report in 2013, ExxonMobil spent an astonishing $207 billion buying back its stock in the decade stretching from 2003 to 2013. Those repurchases enabled the oil giant to increase production per share by 48% during that decade versus the low double-digit rise in output it delivered on an absolute basis. When adding in its growing dividend, ExxonMobil rewarded investors with a 267% total return that decade, trouncing the 154% total return of the S&P 500.

ConocoPhillips' hope is that by undertaking a combination of share repurchases, growing its dividend, and delivering high-return production growth that it will produce double-digit total annual returns over the long-term.

Prev: GeoPark Discovered Oil In Argentina
Next: Buy ConocoPhillips As Oil Heads To $50 A Barrel